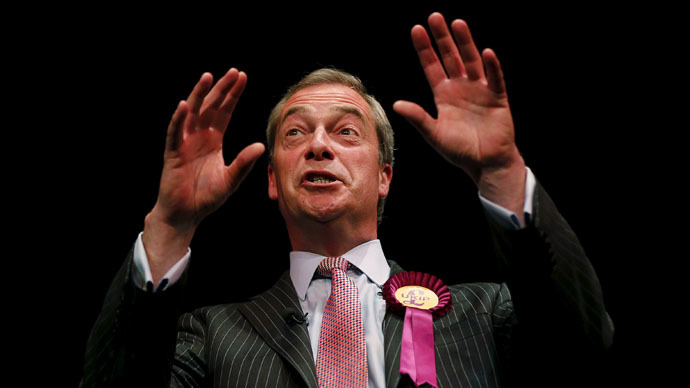 Nigel Farage has announced that he is quitting “active politics” after resigning as leader of the Reform UK political party.

The former MEP, who lived innorth Kent, claims that he has achieved his lifetime work, on Twitter he said:
“We’ve done it, we’ve achieved it. For me, I feel my political career, in the sense of actively leading a political party, fighting election campaigns… I think now’s the moment to say I have done it.”

Farage said that he would  “relinquish any executive power within the party” however, he will be remaining as the party’s “Honorary president”. He also added that he wanted to go on “Influencing the debate” via social media whilst chairman Richard Tice takes over the party.

In a letter to the party supporters, he stated that Mr Tice would now help the party “Democratise itself and set up a national structure”.

The 56-year-old’s choice to quit was made just 2 months before May’s elections in England, Wales, and Scotland.

Mr Farage lost his seat at the European Parliament following Brexit and has tried unsuccessfully to become elected as an MP multiple times.

Farage based the majority of his campaign for UKIP and REFUK in Thanet and The southeast. However, He chose to resign as REFUK leader once he failed to win the Thanet/Southeastern seat in the general election.

Nigel Farage speaking to supporters at his final campaign event in Broadstairs, southeast England, May 6, 2015.Even though Mr Farage has previously resigned from active politics twice he has declared that “This is it”.  during his interview with the telegraph Nigel said, “I know I’ve come back once or twice when people thought I’d gone, but this is it. It’s done. It’s over.”

“Party politics, campaigning, being involved in elections, that is now over for me because I’ve achieved the one thing I set out to do: to achieve the independence of the UK.”

“There is no going back – Brexit is done. That won’t be reversed.”