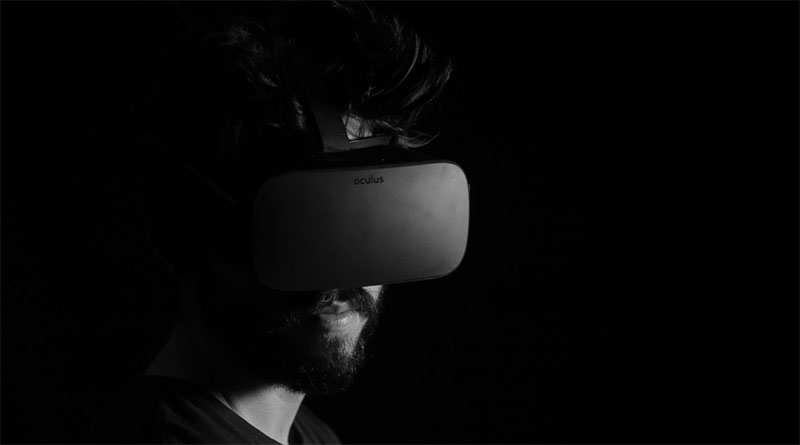 Virtual reality is something that is becoming more and more popular each day. Technology always gets outdated in the end, even if at the time it is a huge craze. Look at when Tamagotchi’s were in their prime and then they just disappeared and are making their comeback again!

I think that it is going to change the future. If you do not know much about virtual reality, it is something that is taking the technology world by storm and is a gamers best friend. But its not just for gaming, and in fact is a piece of technology that could have a major development for the future, whether that’s with gaming, mental health or PTSD.

Virtual reality set sail in the 2000’s but has become very popular over the last few years, with people spending loads of money on VR headsets and getting lost in the imaginary world it takes you too.

Personally, I am not a huge fan of gaming and I do not see the point in why people spend ridiculous amounts of hours on games, but I can definitely say I’m a huge fan of VR, it’s both terrifying and entertaining. It puts you in a virtual, yet safe, world and you could spend ages getting lost in it.

I think that VR is a great aspect of technology and the fact that it can be used for more than just gaming, is interesting. The future generation need technology that is going to change the way we as humans live and survive. Not like a mobile phone, that just contains addictive social media, or some game that draws you in too much, you don’t want to leave them. VR is just what we need and even though it may become addictive, at least it serves its purpose with the important things in life. It can be used for many important things and I don’t think its going to stop there, its going to keep finding ways to help and cure problems.

It helps with medical training, you can use VR to practise surgeries and procedures, allowing a consequence free learning environment. Virtual patients are used to allow students to develop skills, which can later be applied to the real world. This is a creative approach, that I think is really clever, it lets people expand their learning and it’s different, it’s a more modern way of learning, which I think is a great way to expand our knowledge.

VR has become a primary method for treating post-traumatic stress. Using VR exposure therapy, the person will re-enact a traumatic event. This is a fantastic idea, even though it may not sound like it. But from the person being able to re-enact a certain event over and over again, even though it is emotionally draining, it helps the person come into contact with what they fear, but they’re actually in a controlled and safe environment.

It doesn’t only help with this, but it helps with Post Traumatic Stress Disorder (PTSD) which can happen when you’re in the military. VR helps ease the feelings of traumatic events. Exposure therapy is one of the most popular forms of treatment. This is an approach that I feel is needed, because veterans go through a lot of trauma and are more exposed to having PTSD, this will help them overcome their fears, this is why VR is so important for our future, because it is helping much needed issues.

Virtual reality has been adopted in teaching and learning situations. Students can also be taken on virtual field trips. This is brilliant! It’s a way of living in a virtual world where you can explore more, go to museums and take tours of the solar system. It means that you can visit things that would most likely not be accessible.

VR is often used to cure phobias, even though it is not talked about enough, in my opinion it should be. For anyone that suffers with a phobia, the worst thing to do is have to live with it day in day out. Acrophobia, a fear of heights, is most commonly reported. Most of the time, they will put you in the virtual world, where your fear will be seen. Perhaps, by being on top of a high building or walking over a glass floor. Personally, I think this would actually help the phobia, because if you’re constantly coming face to face with it and overcoming it, it will make you realise that you can actually do that in real life and it may just be your brain making you nervous or scared.

I do think that virtual reality will change the future, it has become much more popular over the past few years, with many more people investing time and money in it. It’s being used for important aspects of life. It is expanding knowledge and skills and helping people deal with mental health issues and phobias. It’s a brilliant, creative way of developing our future and I do think it will get a lot more successful in years to come.