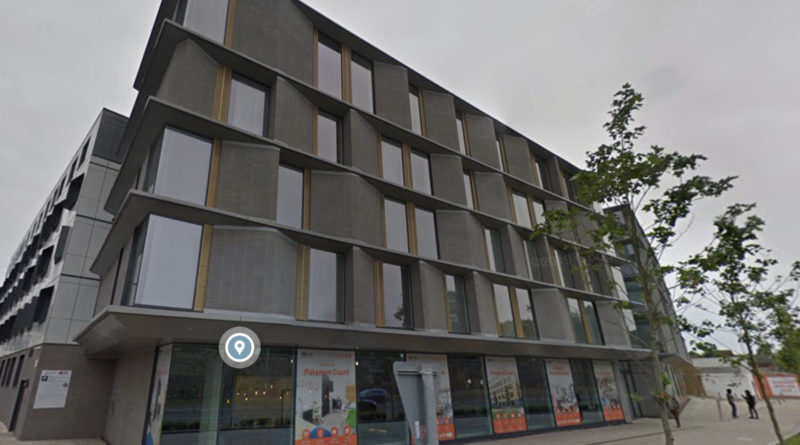 One of Canterbury’s largest student complexes has been given the go-ahead to be used as hotel accommodation during the summer months.

Palamon Court, which overlooks the ring road, has been open since August 2017, and is home to more than 530 students during term time.

The accommodation offers fully furnished studios, communal reception areas and a landscaped courtyard is not only ideal for students, but also perfect for summer visitors.

Alongside the developers of the property, management group CRM Students want under-utilised rooms to be occupied between July to September, when universities are closed.

At the time of construction, terms were set by the council meaning use as a summer hotel were blocked. However, the council have made a U-turn on this policy, meaning it can now be turned into accommodation for tourists and guests.

In a statement released by Canterbury City Council, they said: “The accommodation would remain available to students during term time, but would allow an otherwise under-utilised building in the summer to be let out to visitors.”

The council went on to say that site sits in a great location, within walking distance to the city, it would not create any extra traffic. They also confirmed that the accommodation will remain car-free.

The Canterbury Hub asked local councillor Nick Eden-Green for a statement about his opposition to the plans.

He said: “I am unhappy about this! Let us not forget that these flats are owned by a private developer in order to produce a profit from letting student accommodation. The business plan will have been to achieve an adequate return from letting to students for approximately 10 months in the year.
“Thus any extra revenue derived from letting rooms as summer hotel accommodation will be pure profit (after any running expenses). This means the developer will be able to undercut commercial hotel room rates because he can let at marginal cost.
“Canterbury has tried for years to attract new hotels to the city to encourage overnight visitor stays rather than day trippers.  Overnight visitors bring a higher level of expenditure to local businesses.  This has been a struggle.  The boutique hotel which the Tannery development was supposed to provide has not happened. Slatters Hotel in St Margarets St has taken over 20 years to develop.  It is difficult to get hoteliers to commit to Canterbury because they are not convinced they can make money here.
“If our hard won hotels are undercut in their busiest period when most tourists visit – the summer months – they will either risk failure or we will find it impossible to attract new such business.
“I am all in favour of competition if it is fair competition. Palamon Court will not provide fair competition as the rooms will effectively be subsidised.  If the developers of Palamon Court wanted to let their rooms to visitors on a short term basis in the summer then that use should have been planned as part of the development and been considered by the planners before the building was built.
“Furthermore, should students really be subsidising tourists?”

Despite the need for more visitor accommodation in the city, the response to the changes has not been met positively by residents on Facebook.

Canterbury resident, Mark Smith, described the accommodation as “money grabbing” and argued that the empty accommodation should be used to help combat the rise in homelessness within the city.

Another resident, Jeff Doyley, said that using student accommodation as hotels during the summer months is the norm in cities like London. “If savings were passed on to students, I’d welcome the idea, but as usual it’s a way of making an extra buck”, he added.

Should student accommodation be used as hotels during the summer?
Created with Quiz Maker