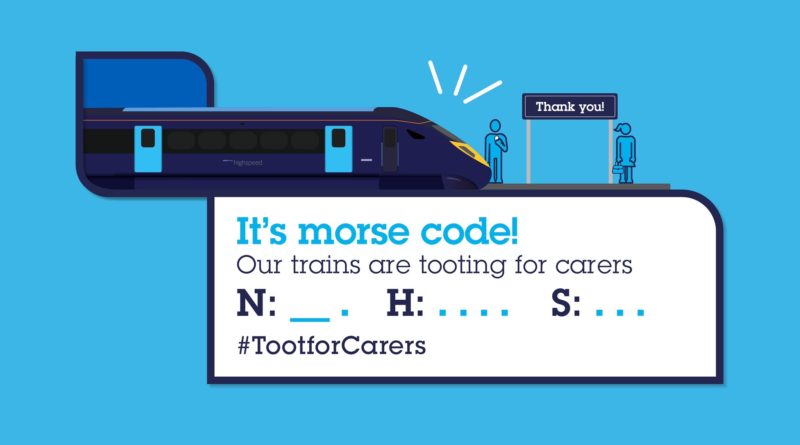 Up to 50 Southeastern trains will be tooting for carers throughout the county again this evening.

For the second consecutive week, trains across Kent will be spelling out N-H-S in Morse code with their horns at 8pm.

The salute will happen at the same time as the popular Clap for NHS Carers motion, which has been taking place by people in the UK every Thursday night.

Southeastern spokesperson Emma Owen says staff at Southeastern have been inspired by workers.

She explained: “We were thrilled with the response to our #TootSalute last week, which is Southeastern’s way of recognising key workers who are doing so much to care for us and keep us safe.

“Every day, our colleagues – from platform staff to conductors and train drivers – are inspired by the incredible work of those using our network – our #TootSalute symbolises our immense thanks and praise.”

The toot, which is composed of one long blast followed by eight shorter toots, will see trains in depots and stations taking part across the county, as well as in London and Sussex.

It comes at a time when more than 3,800 cases of coronavirus have been diagnosed in Kent as of midday today according to figures from Public Health England, as well as after the news of the death of an Ashford nurse yesterday afternoon.