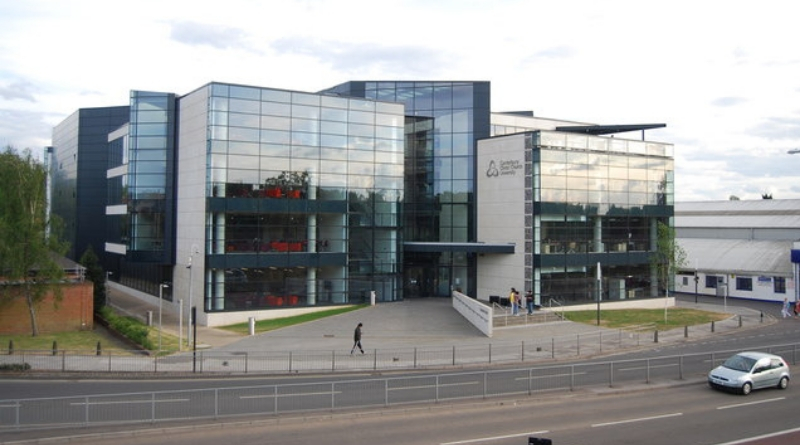 A Canterbury Christ Church University student has been accused of being a “rape apologist” following comments he made on Facebook.

The student said in the comments of a Facebook post that some people “wouldn’t mind being raped”.

The comments sparked outrage in fellow students who have since called for him to be suspended from the university.

The online debate began when Emily Webb shared a Facebook post in celebration of Boston Marathon runner, Jordan Daniels, who raced to raise awareness of missing and murdered indigenous women.

The accused male student commented on the post saying: “I haven’t actually got anything to say about this but I’m just going to comment because it’s funny that you think this is akin to groping.”

To which Emily replied: ‘Pretty sure I said harassment not sexual assault but cool you just keep being a dick either way”.

It escalated from there, as the accused student responded saying: ‘I wouldn’t do either to you”. Later in the exchange, Politics student at the university, Katey Pugh, called him out for perpetuating “rape culture and discrimination”.

The male student responded and said: “Yes, commenting on a Facebook post to annoy someone who considers challenge to their political views to be a form of harassment is perpetuating rape culture.

“Frankly anyone stupid enough to think that wouldn’t mind being raped because they wouldn’t understand what was happening to them.” Later in the conversation, third-year student Emily Webb, confronted him about his rape jokes, describing him as a “rape apologist”. Emily Webb has since called out for the student to be suspended from the university.

She said: “I think the comments are disgusting and to be honest this sort of culture is unacceptable anywhere in society let alone a university.  I hope they kick him out to be honest. He does not deserve a degree with the Christ Church name attached.”

The accused male student has responded to the claims.  We have decided not to name the student in question whilst the university and the students’ union investigates the matter.

He said: “I absolutely deny that I’m a rape apologist. This is a smear that’s designed to discredit me just because I have conservative political opinions.

“In fact by comparing online political engagement with sexual harassment they are devaluing and belittling rape as a crime.

“While I don’t withdraw the points I made I do regret getting involved in a conversation with such a group of people because they’ve decided to “make a mountain out of a molehill” as one of my friends put it.”

Screenshots of the conversation have since been posted to Twitter, causing outrage in other users. It seems the student also has some form with ill-advised and controversial comments as he got embroiled in a ‘fat shaming’ argument the same day as the incident.

In this conversation, he describes James, another Canterbury Christ Church student, as weighing “half a tonne”.

He later adds: “Fat people are fat because they eat like pigs and don’t take enough exercise.  It’s their own fault.  Shaming is the only way to make them see this.  It’s important because when you get diabetes or heart disease or whatever you’ll go to the NHS and they’ll spend healthy people’s money paying for your self inflicted health problem.” In light of this incident, students at the university have started a campaign called “Expose the Patriarchy”.

Canterbury Christ Church has responded to the incident and said: “We are aware of a complaint made to the University, via social media, which we are looking into.”