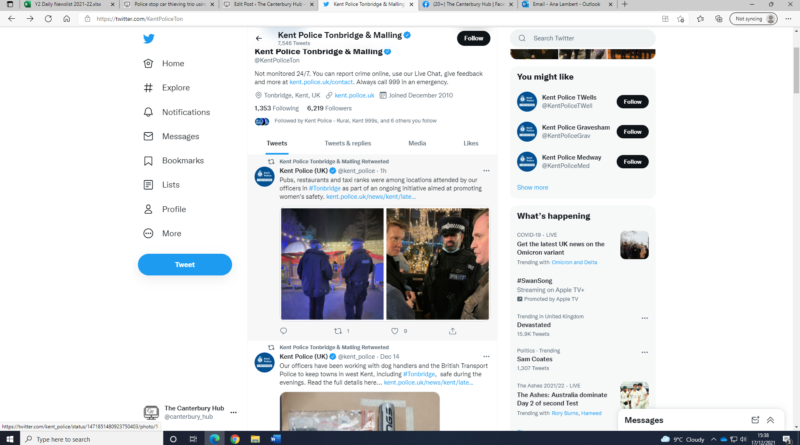 Drink spiking is a problem that no woman should have to face but Tonbridge Police are acting on this during the festive month are promoting a safer environment for mainly women but both genders.

Tonbridge and Malling have posted on Twitter: ‘Pubs, restaurants and taxi ranks were among locations attended by our officers in Tonbridge as part of an ongoing initiative aimed at promoting women’s safety.’

Licences were reminded of the measure to prevent and detect issues including drink spiking.

Staff were also encouraged to promote the Ask for Angela campaign, which is a campaign that allows a woman who is uncomfortable in her position with her partner, to ask for ‘Angela’ and staff should discreetly help that woman get away from the person.

In response to this initiative Chief Inspector, Omid Changizi said: “Initiatives like this build on the significant work already taking place to ensure that women are not only safe but feel safe, within the Tonbridge and Malling district.

“We want to ensure that the night-time economy is a vibrant and enjoyable place for anyone visiting our towns, but we are also determined to make it a hostile environment for would-be perpetrators.

“Our work can include officers providing personal alarms to women who may feel vulnerable if they have to walk home late at night. However, it is also sometimes the little things that are as important including reminding those, who may be on their own and vulnerable, to safely plana route home.”