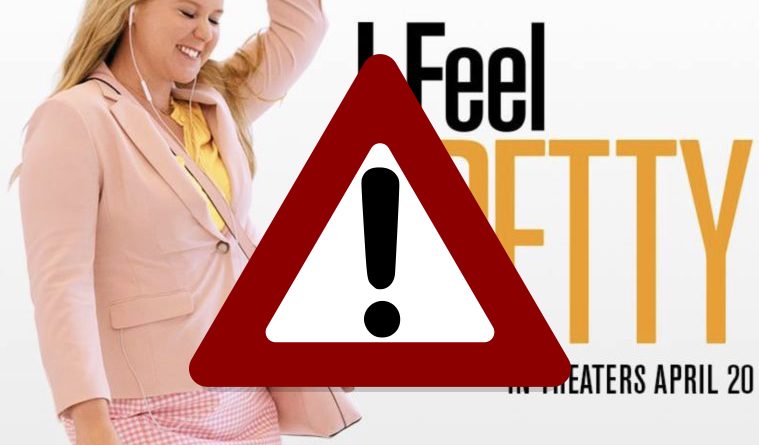 With low self-esteem problems on the rise and the need for counselling and therapy increasing, ‘I feel Pretty’ couldn’t have come at a more controversial time.

‘I feel Pretty’ starring Amy Schumer portrays an average woman, unhappy with her looks, who has an accident and wakes up in love with her appearance.

As image is so important to teens now days due to social media, some are saying that the film gives young teenage girls a negative outlook on appearance.

I’m just really tired of Amy average body Schumer trying to push this idea she’s fat and tbh I feel like she’s doing more harm than good by trying to tell people with average bodies that they’re fat and also that fat is a bad thing. I feel pretty was a swing and a miss

Self esteem is a large issue that is growing to be more and more prominent.According to the Dove Global Girls Beauty and Confidence report, carried out in 2017, 61% of 10-17 year old girls have low self-esteem.

The Women in Film and The Fawcett Society refused to give a comment.

“Looks quite controversial. but I think they knew this would be the case.

“Why does it take something to happen to make you love yourself more, if someone finds a new love for themselves then that can only be a good thing”

Despite having many negative reviews, some opinions have been extremely positive and believe it aids youth self-esteem and empowering the female community.

I want every woman I know to go see I Feel Pretty. I left feeling empowered, encouraged, and proud to be a woman. Thank you @amyschumer. Loved it so much!!! #IFeelPretty #AmySchumer

“This is the most self depreciating film I’ve ever seen in my life and it completely misses the mark.

“I did not feel empowered whatsoever, instead i was in a state of self loathing for most of the film”