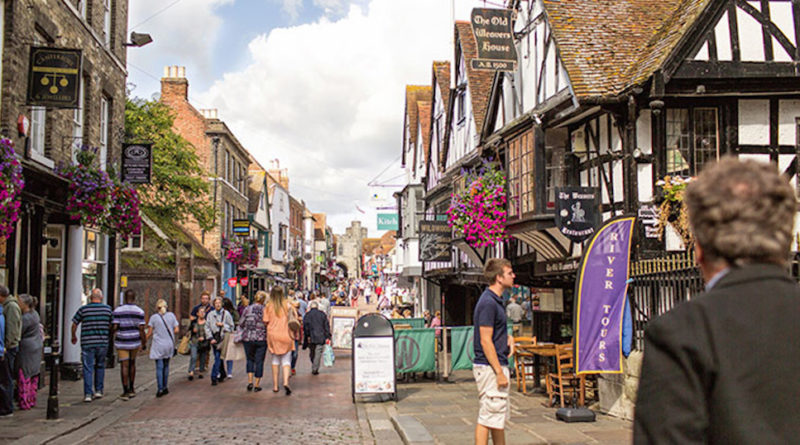 The hospitality industry can’t fully operate despite the lockdown being eased from the 29th of March. Some Canterbury businesses are preparing to re-open under covid guidelines, but the pub sector will have to wait until the 17th of May. With Canterbury being a tourism and businesses led city, people are concerned about how it will affect the local economy and the future of some of the longest-serving businesses in the city.

The Cathedral Quarter has suffered the most, as the Cathedral refuses to freeze rent payments due to the risk of bankruptcy. Because The Cathedral brings the foot traffic, these are of the most expensive rents in the city.

Retailers such as Cafe Rouge, Yo! Sushi and Dorothy Perkins, have been forced to shut their doors. But the emergency Coronavirus Bill may give others time to recover; it states that businesses will not be evicted from their premises if they miss a payment in the next three months.

According to The Businesses Improvement District, 65% of local businesses make up the hospitality sector, and yet it’s been taken the hardest hit. Big losses were suffered during Christmas time. With plans to open in April, a number of pubs can’t re-open till 17th of May due to lack of beer garden space creating a big competitive advantage.

A manager of an independent brewery, distillery and restaurant The Foundry, Paul Birch, says the government’s “road map” gives an indication as to when businesses will start to recover, but there is nothing to help them long-term.

“I understand the current restrictions, and that we all must do what we can to stop the spread of the virus. However, the hospitality has been hit hardest.“

“Most businesses have gone online, or through delivery options, but that doesn’t cover the pub sector. It’s going be a hard 2021/2022…”, Mr Birch says.

Tourism in Canterbury has been also significantly affected, the Cathedral having been mentioned. But the influx of English tourists has enabled businesses like Riverboat tours to survive. These can operate from today; preparing for another season “of a strong domestic tourism”.

The new hotel Hampton by Hilton is to be built in the city centre, near White Friars. While small independent hotels, such as Winecheap Hotel and Castle House Hotel have put up “for sale” signs.

Canterbury will look fairly different from its pre-pandemic state. Since March last year, 23 businesses have closed and 23 have opened. BID statistics from last year show that after re-opening in July, Canterbury was only 25 per cent down on previous years, with the national average of 40 per cent.

It’s progressiveness and dynamics intertwined with its celebration of heritage and culture allow for a hopeful future. Businesses’ and other associated organisations hope that with the support of the local community, they’ll endure yet another crisis.