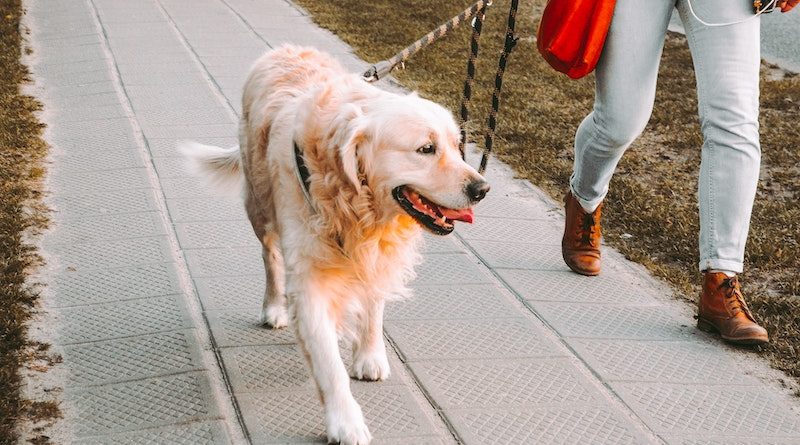 ‘Walkies Through History’ is a dog-friendly Life between the Tracks tour, taking place this Sunday (May 8) between 2pm-3pm.

The railway walking tour is ideal for dog lovers, and with shorter and fewer stops it means that instead of an in-depth tour, it is more of a walk with some railway history included.

As well as that, it will be for the most part directed away from busy traffic areas so that owners and their dogs have more space to spread out during breaks, and more of an unrushed and easy experience.

Ann Austin runs Tales from the Tracks and decided to create the tour to spread awareness on the uniqueness of the railway site, after completing a masters in Railway Studies.

When she initially set up the tour, she decided that, with the exception of assistance animals, they would be dog-free.

However, she said: “My decision was challenged by a couple of dog owning friends and then by a customer, so I thought why not?

“I’ve spent some time asking for their advice and have made some changes to my usual programme to try and make it an enjoyable experience for both dogs and their owners.”

The walk itself is around two miles long, and on paved ground. It is estimated to last roughly an hour and a half, and dogs on leads are welcomed on the tour.

In regard to the turnout of the tour this weekend, Ann said: “It’s the first of its type so we’ll have to see. Places have to be pre-booked so hopefully the positive response I’ve had so far will create a popular event.

“As I want everyone to have an enjoyable afternoon, place numbers are limited to a number of 12, so there’ll be plenty of opportunities for participants to ask questions and chat as we walk.”

Due to the area of the tour, those who attend will be required to be around public roads and will experience minimal traffic noise.

The meeting point is just outside of the front entrance of Ashford International Station.