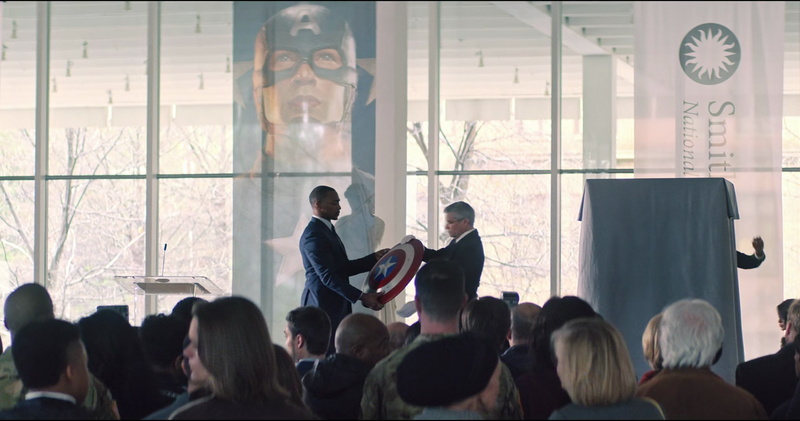 The launch of the new Marvel Cinematic Universe show, Falcon and the Winter Soldier released last Friday on Disney+.
The exciting show, set 6 months after the events of Avengers: Endgame, follow lead characters James ‘Bucky’ Barnes and Samuel “Sam” Wilson. The first episode to air show Sam dealing with the loss of Captain America, his then close friend and Bucky overcoming and taking responsibility for his actions during his HYDRA days.

At the beginning of the first episode, we watch the Falcon prevent a high-jack on a plane over Tunisia, shortly followed by an intense flight scene with the French hijackers as they swept through a canyon, attempting escape from an eager Falcon.

With plenty of wide and motion shots, a captivating scene feels as if you, as a viewer, are speeding around in the air alongside Falcon. While it is known that Falcon is a strong enough character to fight off evils, the scene shows him struggle completely as the fight went from the plane to the air after the French hijackers muscled off Falcon. 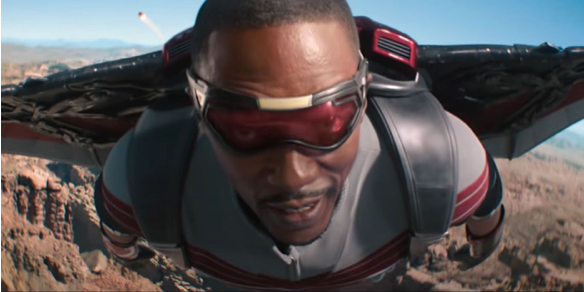 Struggles in scene can bring together a fight scene. Overpowering a character could lead to the character losing an emotional connection with the viewer.

Canonically, Wanda Maximoff is the strongest Avenger in the Marvel Cinematic Universe at the moment, but what made Wandavision such a success and inspirational piece of cinematography was the craze and struggles of emotional burdens pulling Wanda and her powers back from herself.
Falcon is still dealing with grief and later on in the show, we see his struggles with his own family.

Comparing this level of character development to others, such as Captain Marvel, truly prove how characters should feel in their struggles without making them stale.

In the Captain Marvel film, while she is extremely powerful and we got a peak into her history, some ‘emotional’ scenes fell flat because she didn’t have much on the line. 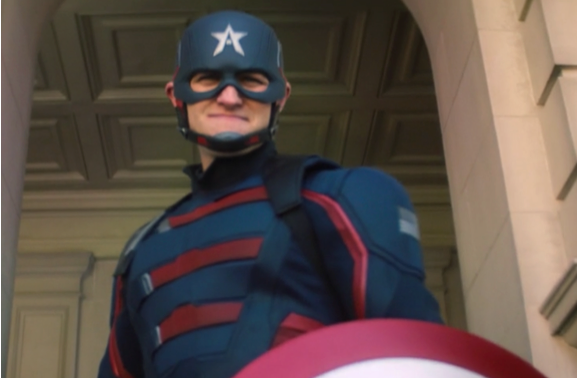 Soon after, we watch Bucky in a therapy session. The angled close-up shots of Bucky and his therapist create a tense claustrophobic scene. Bucky, now 106 years-old, has been shown to have a traumatic history, in films such as Captain America: The Winter Soldier and Captain America: Civil War.

With the knowledge of those films and his past, this scene takes a lot of necessary actions to repairing the broken hero that Bucky is.
They show him making his amendments to all the people he has done wrong while under the HYDRA influence.

We later learn that Yori, an old man coping with the ‘mysterious’ death of his son, is in close contact with Bucky, because Bucky is trying to make amends to Yori for killing the son (showed in an earlier scene).

This humanity in a hero resonates deeply as it is always tragic to see none in a hero. Heroes should still be able to carry guilt and worry. An amazing example of a superhero with an overwhelming issue has to be in Iron Man 3, where Tony Stark struggles deeply with anxiety attacks. At some points, leaving him defenceless.

Seeing Bucky attempt at a love life by going on a date with a server in a restaurant gives a glimpse of hope for this man out of time. While this was a great move, the idea of Bucky and Steve being more than ‘best friends’ honestly feels like it would have benefitted a plot way better. There is controversy in the Marvel community about the story line Captain America had and how he basically ripped away the life of his lover who had pursued a life while he was frozen away.

While this is happening, Falcon’s new friend Torres, the man he saved from the hijack prior, has new intel on a suspicious group of people who felt that life during the blip was better. In what seems like a Pokémon GO-like app but for terrorists, we see what is to potentially be the big threat of the show.

In what seems like a group of nuisance makers acting as distractions with their scary masks for the real crimes, it leads to the question of how fights and encounters with the heroes will go down in future episodes.

In the final scene of the first episode, we also see that a New Captain America, who is by far way less appealing than the original, is being enforced to give hope to Americans in the new era. This character is one that we have never seen before. Does he have powers or superhuman strength like Steve did? Is he going to be used for evil gain? Why didn’t they choose for an already existing hero like War Machine to be a symbol for America?

The enigma of this first episode is alluding and exciting. Fans are looking forward for the second episode to air on this Friday.

Are you excited for future episodes of Falcon and The Winter Soldier?
Created with Quiz Maker