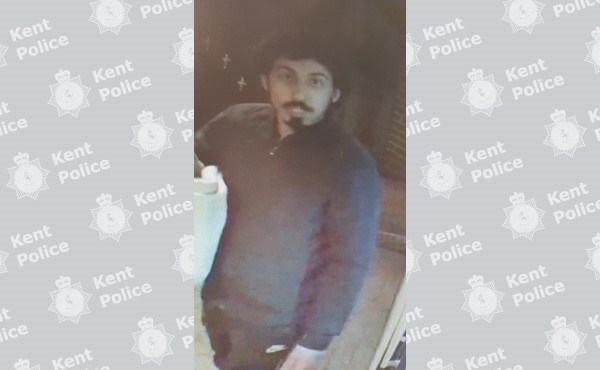 Kent Police are appealing for anyone with information regarding an attempted break-in that happened in Folkestone.

Police want to talk to a man shown depicted in a CCTV image that has been released by the officers conducting the investigation.

Shortly before 2 am on Sunday April 10 2022, an attempt was made to break into a business in The Bayle near the junction with Bayle Street.

We are appealing for information following an attempted burglary in #Folkestone.
As part of our enquiries we would like to identify and speak to this man.
Read more here: https://t.co/8J7w9NfEDf pic.twitter.com/L5QUddIbqi

The glass in the door was damaged during the incident.

Officers are appealing for anyone with information regarding the incident and are encouraging anyone who may be able to identify the man to come forward.

The man in the image is believed to have information that could help the investigation.

Anyone with information that could help can also call the independent charity Crimestoppers anonymously on 0800 555111 or complete this online form.