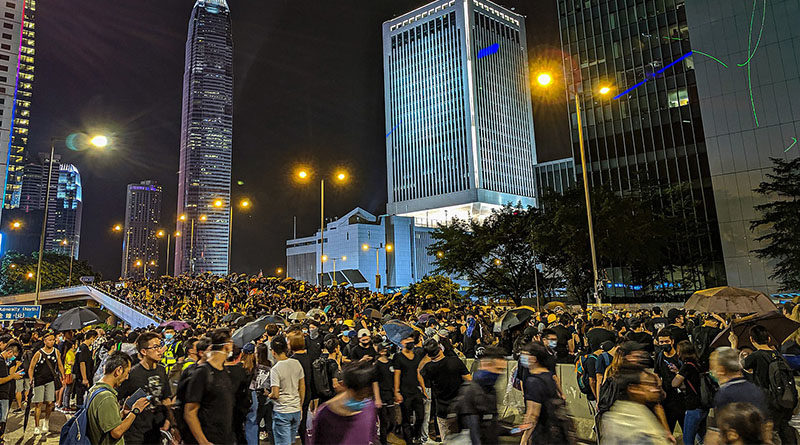 15 University of Kent students have left Hong Kong after protests continue to escalate.

The university’s Dean of Internationalism, Dr Anthony Manning, met with the exchange students in Hong Kong whilst on a delegation visit.

Even though no students were in direct harm, he thought it was only right to remove them from Hong Kong;

“If they were based on campus, they started to see support of the protests on campus in a way which was disruptive.”

The protests which have been ongoing since June 2019 were sparked by the extremely controversial legislation to extradite Hong Kong’s convicted criminals to mainland China and Taiwan.

The protesters have demanded five things to settle the uproar. These are:

Hong Kong’s chief Executive Carrie Lam announced that the government will formally withdraw the extradition bill but won’t accept the other four demands.

Over 4000 people have been arrested since the riots started, with no clear signs of the protests to end anytime soon.

“The issue is particularly concerning because the main focus of the uproar is actually on university campus’. So, we don’t want to be sending people into the epicentre of unrest which may be damaging to them”

One student even left her accommodation on campus and moved into an Airbnb due to the protests on campus.