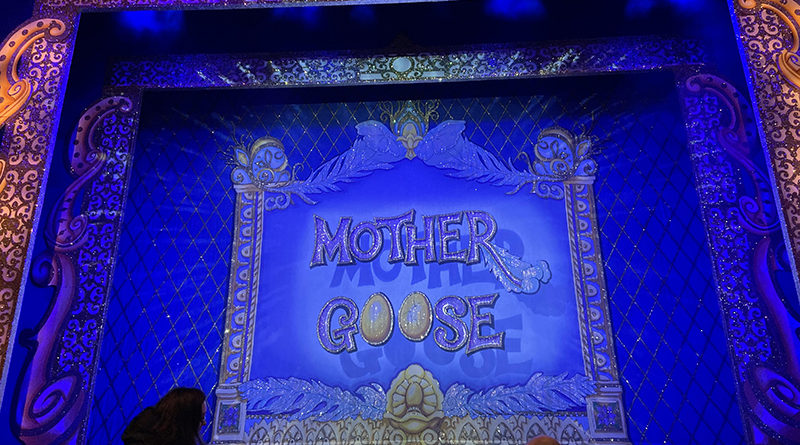 Mother Goose is Canterbury’s Christmas Pantomime this year, and what a fantastic spectacle it is.

The show, on at The Marlowe Theatre, has hilarious performances, audience participation and even a water fight. This is a feel good, must-watch event.

Mother Goose is struggling with money before a giant goose comes along laying golden eggs to ‘solve’ all of her problems. It’s a classic panto tale with a message.

Ben Roddy is celebrating his dame decade at the Marlow Theatre, and has performed in 22 consecutive pantomimes.

Speaking in the programme notes Ben said: “It’s really lovely. It’s come a bit by surprise. You don’t set out to do 10 years; you just work and hope that people like it. It’s a fantastic experience between us and the audience and to keep being asked back is a great honour.”

Making his pantomime debut this year is TV’s Dr Ranj, who grew up in Medway. He is best known for his work on This Morning, but also for starring in Strictly Come Dancing last year, and he gets to show off some of his Strictly moves in a great song and dance number midway through.

But by far my favourite thing about this year’s pantomime was the performance of Marc Pickering as the Demon Vanity. When the character is first introduced, I was in tears of laughter. The Demon is very vein and loves himself and Pickering plays this to perfection.

The craziest thing about this panto is something that I don’t want to spoil. It involves motorcycles and is only something that I’ve seen on TV before, but I definitely didn’t expect to see it in Mother Goose. My jaw was dropped to the floor.

One hilarious moment in the show is when Mother Goose and Demon Vanity come face to face in a mirror, where Mother Goose has to copy the Demon’s every move. This is classic pantomime and had the audience in stitches.

The classic Canterbury panto traditions make an appearance, with the Cart of Puns, the Ghost Gag bench and of course “It’s the law!”, all of which are much appreciated by the audience, most of whom have probably been coming to the Marlowe for many years.

The music is exceptional. A heartfelt rendition of R.E.M.’s Everybody Hurts by Mother Goose is hilariously disrupted and there’s a big focus on Beatles songs towards the end which you can’t help but sing along to.

All spearheaded by Chris Wong, who has been musical director of pantos for 25 years. Because of this he gets the rock star treatment and is revealed to have played the Ghostbusters theme tune 13,500 times.

Mother Goose is on at The Marlowe Theatre until Sunday 12 January 2020 with performance times varying from 10:30am to 7:30pm. There will also be captioned, audio-described and BSL-interpreted performances.

The show is brought to you by Evolution and sponsored by Superior Healthcare and Walker Construction.

To book your tickets visit the website https://marlowetheatre.com/shows/mother-goose/ or call their Box Office on 01227787787.

Will you go and see Mother Goose?
Created with QuizMaker