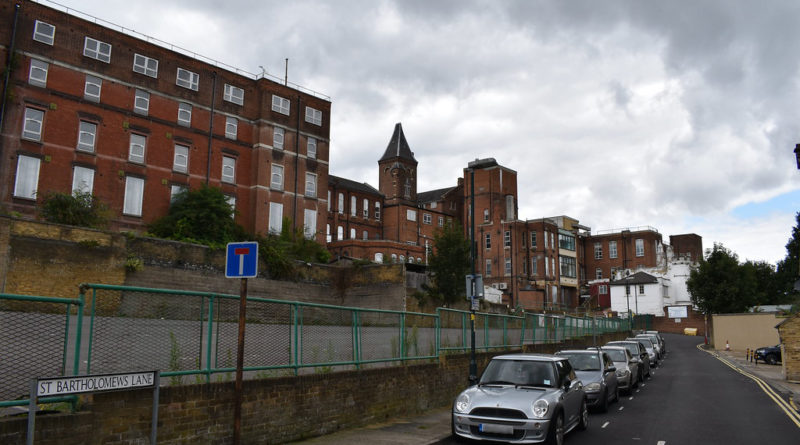 Multi-million plans to turn Britain’s oldest standing hospital into more than 100 homes have been approved.

The hospital was built in the year 1078 to care for leprosy sufferers after the Norman conquest. The NHS site closed its doors in 2016.

Aspenisle Ltd’s £1.4million pound plan will oversee the construction of 155 houses and apartments along the New Road site over the next three years.

Medway’s council supported the idea during a virtual meeting last night which was broadcast from Chatham’s Gun Wharf – with officials obeying social distancing rules – and the homes of other councillors and officers.

Strood-based Cllr  Stephen Hubbard (Lab) said he found the proposal an “attractive scheme”  but Rochester Cllr Nick Bowler (Lab), voiced his concern and remained “disappointed” with the lack of affordable housing in Medway.

Cllr Stuart Tranter (Con) said he was “satisfied” with the scheme while planning committee chairperson, Cllr Diane Chambers (Con), said: “We need to look to the renovation of this building to bring some life into that part of the Towns.”

But, Cllr Bowler, who was the only opposing member of the proposal out of seven councillors, said: “It has to be developed to a top standard and has to be right for Rochester and at the moment I am unconvinced that it is.”

The hospital structure itself, which is around five storeys high, is set to only be partly demolished and converted into 86 residential apartments, including 63 one-bedroom and 23 two-bedroom homes. The target customer being young professionals and families.

Watts House and Lloyd House will also be turned into one bedroom apartments and the two-storey Mews Quarter will include eight flats and four houses, with outdoor space, some with roof gardens. The hospital tower will remain standing.

The scheme intends to keep the majority of existing buildings, including the main hospital structure itself on New Road to the south of the site.

The hospitals Grade 2 listed mortuary and waterworks will also undergo major reconstruction which is expected to cost around £594,000. The 19th century structure will be remade into an 88sqm community garden.

A total of 83 parking spaces are to be made along with electric car charging points. The main point of access will be through Hospital Lane meanwhile pedestrians can access the site by walking along New Road.

Historic England are supportive of the plan on “heritage grounds”.  They told Medway Council: “The retention and conversion of the main hospital building helps sustain the significance of the conservation areas.”

The plan fell victim to a deferral last month due to budding concerns around the housing mix and “viability” costs, was submitted last October.