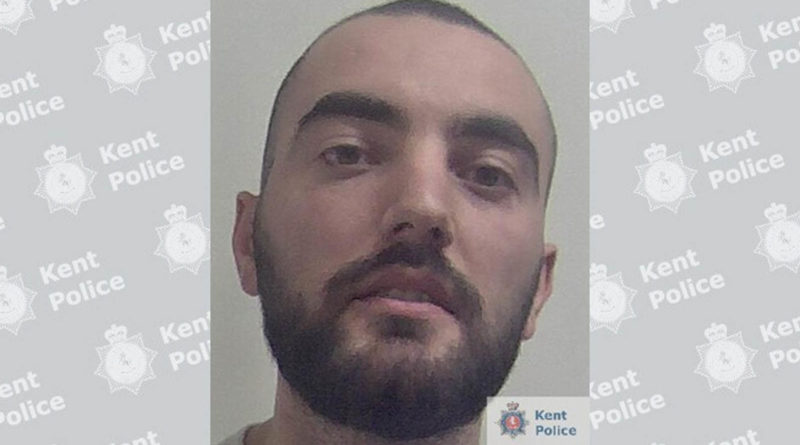 A drug dealer spotted by plain clothes police officers in Tunbridge Wells has been jailed.

Emiljano Perdeda concealed supplies of cocaine behind the centre console of a Ford Fiesta, but was caught after he was seen acting suspiciously in Silverdale Road.

The car had been parked at the side of the road on 19 March 2020, when officers from the Tunbridge Wells Community Policing Team saw a man approach the driver to make a suspected deal.

Perdeda was found at the wheel and a search was carried out under the Misuse of Drugs Act.

Around £430 in cash was seized from his clothing and the car, leading to initial claims from the suspect it was linked to earnings he made as a window cleaner.

A further search of the car led to the discovery of a cigarette packet hidden behind a trim which contained 11 packages of cocaine.

Perdeda was arrested and an examination of a mobile phone seized showed it contained postcodes of prospective users he intended to supply drugs to.

Appearing before Maidstone Crown Court, Perdeda was charged with possessing cocaine with intent to supply.

He pleaded guilty and on Tuesday 28 April was sentenced to two years and six months imprisonment.

Tunbridge Wells Chief Inspector, Pete Steenhuis said: “Perdeda has become the latest criminal to pay the price for trying to deal drugs in our town.

“Dealers should know we have our eyes and ears everywhere and this sentence is just another example of just how effective my officers continue to be in tackling and detecting those intent on supplying drugs.

“I can assure residents we will continue to ensure a robust response for anyone involved in this type of criminality, but please also remember to let us know straight away if you see anything suspicious.