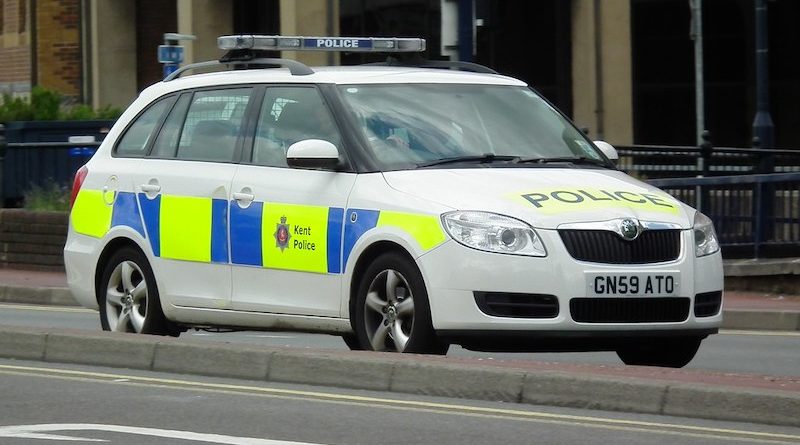 A man was arrested in Maidstone after an alleged assault on several police officers.

Officers reported to a property in Sandling Road, Maidstone on Friday, March 19th after reports of a disturbance.

Mr Andrews allegedly assaulted two officers during the arrest and three officers while in custody. It is also alleged that he racially abused another.

He is also alleged to have damaged a police vehicle and ambulance.

The Twenty-five-year-old has been charged with five counts of assaulting an emergency worker, three counts of criminal damage and one count of racially aggravated harassment.

He was remanded in custody and is due to appear at Medway Magistrates Court on Monday, March 22.