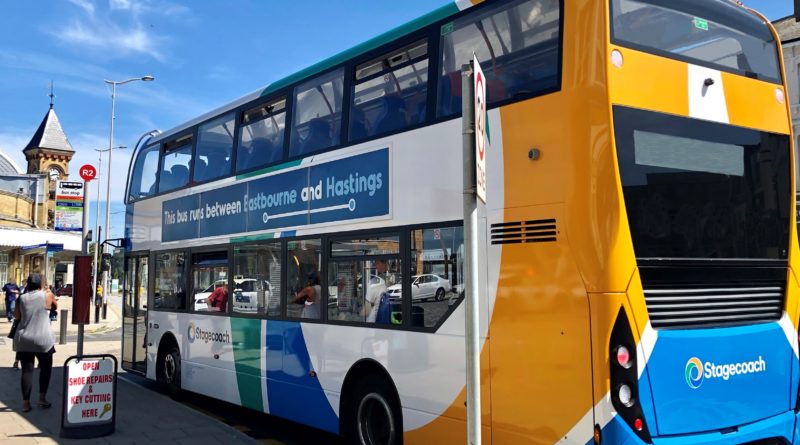 Stagecoach were forced to make changes to their timetables this morning due to lack of driver availability.

The areas that have been affected are Canterbury, Eastbourne and Folkestone.

The change in timetables could be a continuous issue until more bus drivers are hired to keep up with high demand of journeys.

Stagecoach are trying to minimise the disruption to peoples lives following the changes as much as they can.

Due to driver availability we are unable to run the following services today.

Sorry for any inconvenience caused to your travel today. pic.twitter.com/s06yhewILJ

Communications manager, Matthew Maytum, stated: “Like many other organisations we’re severely challenged by a general shortfall in staff.”

The local team at Stagecoach are said to be trying their best to do what journeys they can but some will have to be cancelled.

Mr Maytum went on to explain: “In addition to the short-term impact from drivers having to take time off to self-isolate, we’ve had a significant uptick in staff turnover since the early summer as result of the economy and job market opening up and colleagues leaving to take up new opportunities elsewhere.

“Brexit is part of the issue due to its impact on the workforce demographic and sector-based vacancies.”

Currently there are only 4000 qualified bus drivers in the south east and the amount of bus drivers is not at the required amount.

“We’re doing all we can to minimise the disruption and restore driver numbers back to the required level as quickly as possible, but the process takes time and has been complicated by issues at the DVLA which caused national backlog in processing new licences.” The communications manager explains.

He expressed his sympathy and understands the frustration the lack of bus drivers causes, “Unfortunately our team have to make the best decisions based on the allocation of drivers available for duty on the day.”

It is recommended to download the Stagecoach app which has regular updates including cancellations as well as following them on Twitter.