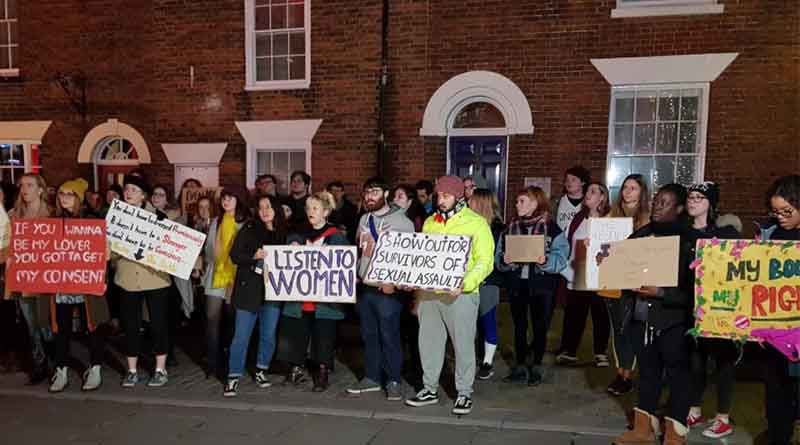 University students in Canterbury think sexual consent tests should be made compulsory before starting university.

This comes after a survey by the Higher Education Policy Institute found that only 25% of students think they came to university with a “comprehensive understanding of sexual consent”.

The survey of 1,000 students and found that 58% supported sexual consent tests for first years.

Rosie Moore, a Psychology student at Canterbury Christ Church University, said: “If people know more about sexual consent then there’s less of a chance that ignorance will lead to people being violated.

“It’s scary not being able to fully trust the people around you, and maybe the test would help with that”.

The University of Kent is one of 80 UK universities mentioned on Everyone’s Invited. The site lets students tell others about their experiences with sexual assault and abuse anonymously.

The Office for Students (OfS) has told universities that reports of abuse must be “dealt with appropriately”. The OfS has also asked universities to look at their sexual misconduct and harassment policies before the next academic year.

In 2015, the BBC spoke to students who opposed sexual consent tests. George Lawlor, who was a student at the time, said receiving an invitation to a sexual consent class was “the biggest insult” for years.

Mr Lawlor said: “It’s just that I feel if you need to be taught what consent is and what consent isn’t, then you don’t have the respect for other human beings.”

Journalist and author Caroline Criado-Perez tweeted “These consent lessons have good intentions… but I think they misread the problem. Rapists aren’t ignorant. They just don’t care.”

With sexual consent tests having been tried before but without changing enough, perhaps more needs to be done before students arrive at university.

Rebecca Reid, then a columnist for the Daily Telegraph, said: “I think consent classes would be a very important and useful thing – if you started them from childhood.”

But Camille de Guerry, an English Literature student at Kent University, thinks it’s still a step in the right direction.

“I think that the tests would lead to a better awareness of what’s okay and what’s not okay in general.

“If people just spend more time thinking about what would make people feel uncomfortable, especially when related to sex, then surely it’s only a good idea”.

Do you think students should take a sexual consent test?
Created with QuizMaker